We are a studio committed to providing superior dance and performing arts education, with an emphasis on technique and artistry. Together, with our students and dance families, we are fostering a community of young dance artists that embrace and value individuality, creativity and discipline.

We strive to cultivate young dancers, from their first step in a dance studio through their pre-professional training. Our students discover their unique artistic voices in a creative and inclusive environment under the guidance of our esteemed faculty, comprised of caring and experienced dance educators. At Dancebox, we give each and every dancer the personal attention required to help our students excel as dancers, grow as individuals, and enrich their passion for the art form. 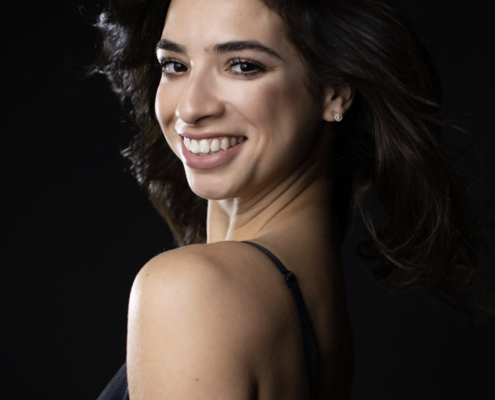 SASHA ALVAREZ is originally from Tampa, FL, and began dancing at the age of 6,  starting her formal dance training at the age of 15 with Next Generation Ballet at the Patel Conservatory under the direction of Peter Stark and Ivonne Lemus. While in Tampa, FL Ms. Alvarez attended Howard W. Blake High School of the Arts where she trained with Albena Arnaudova and Kelly Rayl. After graduating high school Sasha attended Point Park University graduating with a BFA in 2017 led by Rubén Graciani. Sasha continued her training at prestigious Summer programs including Nederlands Dans Theatre, ABT, Alonzo King Lines Ballet, Danza Italia and Miami City Ballet.  She has performed works by prominent choreographers such as George Balanchine, Emery LeCrone, Septime Webre, Garfield Lemonius,  Norbert De La Cruz, Bobbi Jean Smith, Ronin Koresh and James Gregg to name a few. In 2016, Sasha was invited by Ramona De Saa, director of the Cuban National Ballet School, to perform at the Cuban International Dance Festival in Havana, Cuba.

Professionally, Ms. Alvarez has danced with Helen Simoneau Danse at NYU Center for Ballet and Arts, Hammerstep NYC at Mana Contemporary Museum, and most recently joined Parsons Dance Company Fall of 2018 touring the USA and Italy performing various works by David Parsons, Paul Taylor, and Trey McIntyre. Sasha was also a featured dancer in a commercial for Italian designer Loro Piana’s new shoe line, The Rare Walk that debuted in New York City’s Meatpacking District. Alongside her love of dance, Ms. Alvarez is a 200hr RYTT certified Power Vinyasa yoga teacher cultivating her awareness and alignment of dance through her teaching. Sasha is actively teaching yoga and dance in the Tampa Bay area. 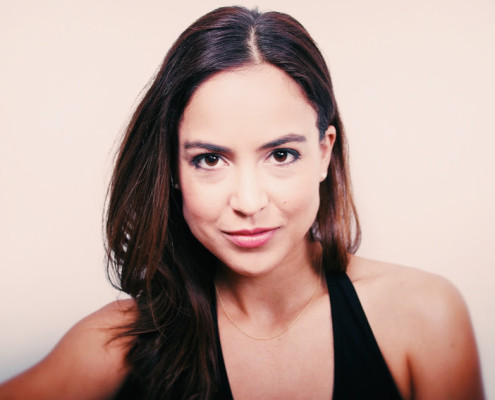 CORINNE COLON, founder and Artistic Director of Dancebox Studio, is a dance artist and educator.  She holds a M.A. in Dance Education from NYU Steinhardt and the New York State Education Department Certification in Dance PK-12. Corinne was an adjunct professor of dance at the University of Tampa from 2013-2017 and served on the Board of Directors for the Florida Dance Education Organization from 2015-2018. A two year veteran and former talent troupe member of the NFL Tampa Bay Buccaneers Cheerleaders, Corinne has performed and taught dance workshops in Mexico, England, Japan, and Guam.

Corinne is honored to have studied with world-renowned jazz dance educator and creator of Simonson Technique, Lynn Simonson. She is certified in the Simonson Method of Teacher Training and practices its’ organic approach to movement and injury prevention through anatomy and somatic awareness. Corinne has taught at Frank Sinatra School of the Arts, Ballet Hispanico, and the 92Y Harkness Dance Center. Her choreography has been shown at the Frederick Loewe Theatre and Tony Bennett Concert Hall in New York, New York. A former University of Miami hurricane, Corinne holds a B.S. in Communication and still works in advertising as an Account Director. 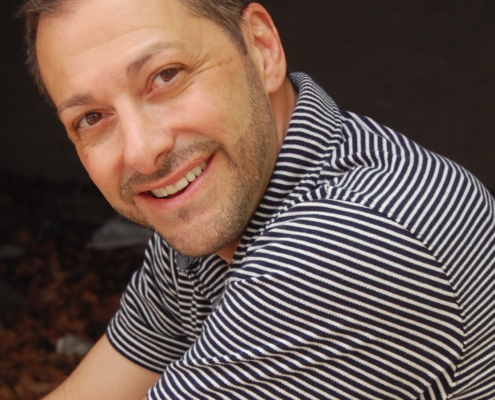 PAUL E. FINOCCHIARO is a Musical Theatre Specialist with a 17-year career in Musical Theatre. His credits include the National tours of West Side Story, the pre-Broadway Ziegfeld…A Night at the Follies, Gypsy, and the European tour of The Music of Andrew Lloyd Webber.   He has performed in Major cities such as Seattle, Washington D.C., Baltimore, Lake Tahoe and many more. He was in the original Las Vegas Company of Andrew Lloyd Webber’s Starlight Express where he played 10 roles in 3 years, and has been the lead singer on the Carnival Cruise Ships Sensation and Ecstasy.

Paul has experienced everything from Regional theatre, Dinner theatre, Murder Mystery theatre and Theme parks. He has also had the great fortune to work with and understudy Lord Michael Crawford and David Cassidy of “The Partridge Family”. He’s worked with such stars as Vanessa Williams, Sheena Easton, Jay Leno, John Davidson and Patrick Cassidy. Currently he is a Professor of Theatre & Dance at University of Tampa where he teaches everything from Tap to Jazz to Acting 1 & 2, History of Musical Theatre, Musical Theatre 1, Improvisation and Movement for Actors. Paul received his Bachelor of Fine Arts degree in Musical Theatre with a double minor in Dance and Voice from the Boston Conservatory and his Master of Fine Arts degree in Theatre Arts from the University of Nevada Las Vegas. 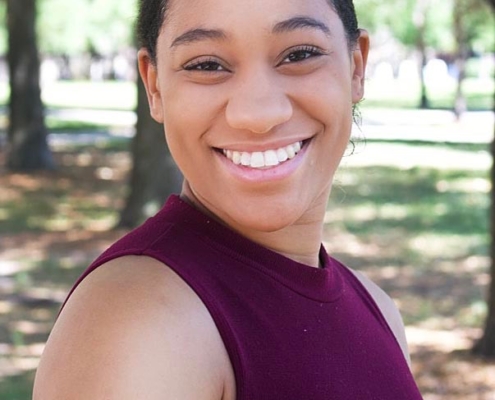 KRISTEN GREEN  is a 2019 graduate of the University of South Florida, receiving degrees in Health Sciences and Dance. Kristen has been dancing since age four and has competed in regional and national dance competitions in Pennsylvania and Florida. Throughout her years of training, Kristen has studied Ballet, Modern, Contemporary, Jazz, Lyrical, Musical Theatre, and Hip Hop.   After graduating high school, Kristen continued her dance training in college with the USF Dance Program, focusing on Ballet, Modern, and Choreography. During those years, she studied under various esteemed faculty, choreographed and performed for student and faculty dance concerts, and guest taught in Stockholm, Sweden. After graduating college, Kristen completed an Artistic Residency with Sarasota Contemporary Dance Company where her choreographic work was featured in the company’s Summer and Fall 2019 Rising Choreographer showcases. Kristen is currently choreographing and dancing in the St. Petersburg area and is very enthusiastic about continuing to grow as a dancer and teacher while helping young dancers discover their love for the arts! 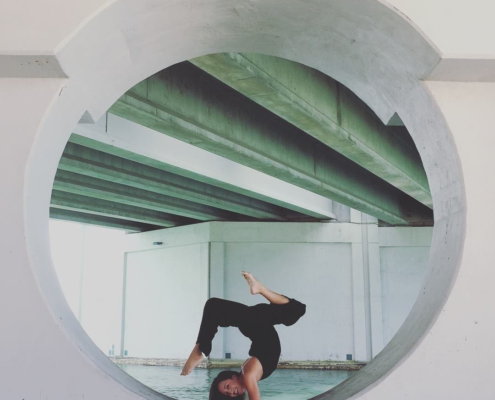 AMANDA HEALY began dancing at age two and soon after began intense training in acrobatics. Though she studied all genres of dance, she found her true passion in acro and contortion. Throughout her childhood, she won numerous regional and national titles as a competitive acrobat. While attending Fairleigh Dickinson University, she was a highly sought-after acrobatic and contortion instructor. In 2015 she relocated from New Jersey to Saint Petersburg, FL. Now, she has over ten years of teaching experience and is certified by Acrobatic Arts, Alixa Flexibility, and Progressing Ballet Technique (PBT). Over the years her students have been very successful in competitions, as well as finding work in the industry. Her teaching style in the classroom encourages growth and motivation while building strength and mental confidence. 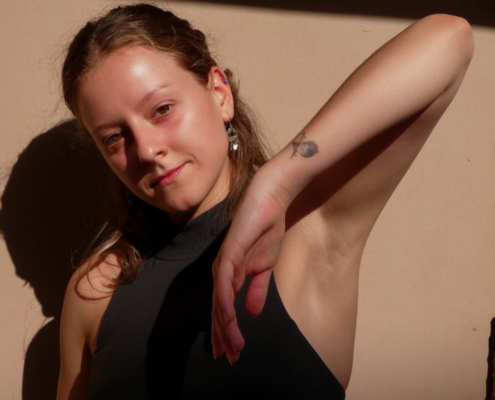 ISABELLA LEPP, originally from Stockholm, Sweden has a B.F.A in dance from University of South Florida. Dancing from the young age of two, Isabella is a graduate of Rolann’s School of the Dance in Longwood, Florida. Her passion for the art continually grew throughout the years. For thirteen years, Isabella participated in regional and national dance competitions where she received numerous awards in both solos and groups. Growing up, Isabella trained in various styles, including but not limited to, ballet, pointe, tap, jazz, lyrical, contemporary, modern, hip-hop and acro.

Some of the choreographers Isabella has worked with include but are not limited to, Mandy Moore, Alexa Anderson, Anton Valdbauer, and Iyun Ashani. Currently, Isabella is a M.F.A. candidate at Arizona State University. She continues to guest teach at Dancebox, and when she travels to Sweden, she teaches at Step-In Dans studio. 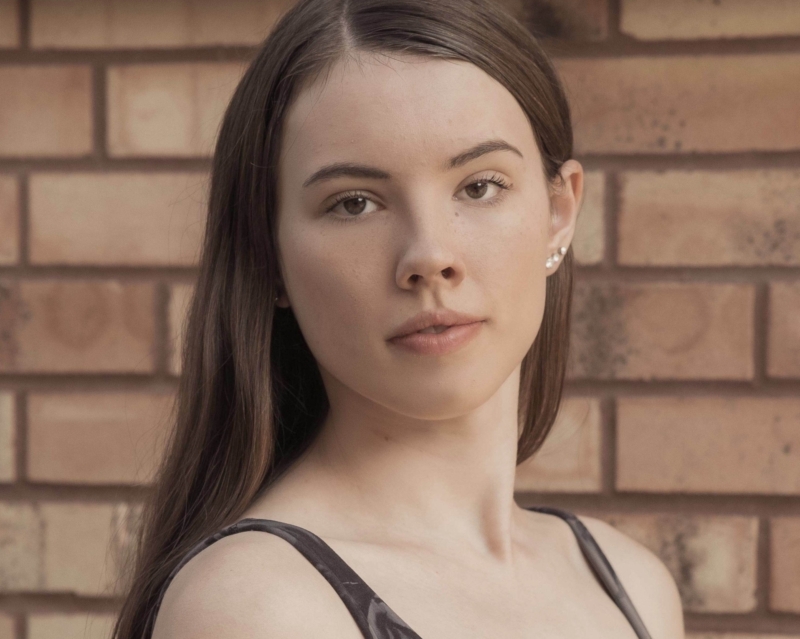 MADELEINE WILCOX is a dancer, teacher, and choreographer from Sellersburg, Indiana, and is currently a Dance Major pursuing a Bachelor in Fine Arts in dance performance at the University of South Florida. Her dance background is heavily rooted in ballet and modern dance techniques along with experience in pointe, contemporary dance, jazz, character, African dance, hip hop, salsa, and improvisation. She is a graduate of the Louisville Ballet School in Louisville, Kentucky, and has received various scholarships while attending summer programs for Cincinnati Ballet, Kirov Academy of Ballet, American Ballet Theatre, Next Generation Ballet, and Florida State University’s summer dance program. As a choreographer, she has made works that have been performed for the Regional Dance America Southeast Regional Ballet Association Festival as well as for the Student Choreographed Dance Concert for the University of South Florida Dance Program. Professionally she has been recruited to dance in a Coronavirus dance series in downtown Tampa choreographed by Andee Scott from the University of South Florida and Amanda Sieradski from the University of Tampa and has dance film experience in the Central Florida Choreographers Collaboration 2021 Dance Film. Upon graduating with her BFA in dance performance at the USF, Madeleine plans to dance professionally on various cruise lines and in dance companies here in the United States as well as internationally. 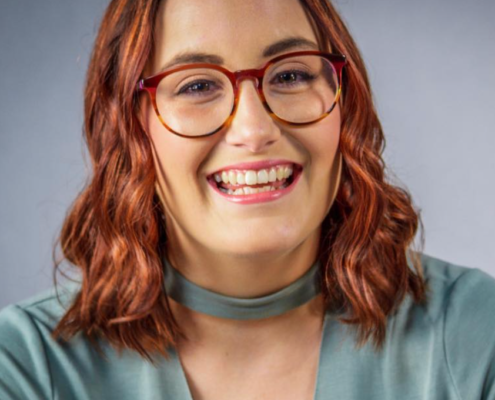 CRISTINA WRIGHT is a native of Tampa, FL and has been teaching dance and gymnastics since 2010. Cristina began her training at Tampa Gymnastics and Dance at the age of eight. She continued her studies at Blake High School of Performing Arts. Cristina was selected to perform in The Macy’s day Parade in New York City in 2004. Throughout her dance career Cristina has performed at many conventions throughout Florida, and has consistently placed 1st in many high level competitions. Cristina is currently pursuing a Bachelor’s degree in Elementary Education at the University of South Florida, with a minor in Dance.

Experienced in jazz, tap, ballet and acrobatics, Cristina is the lead instructor for Dancebox competition teams. Ms. Cristina is happy to share her love of dance with the young people of Dancebox Studio!

Dancebox enforces a dress code to encourage an atmosphere of professionalism and focus. Wearing the proper dance attire builds each child’s self-confidence and understanding of dance etiquette. Wearing proper dancewear allows the teachers to assess how well the students are implementing the technique being taught, problems with body alignment, and other important aspects of dance training.

Hair should be pulled away from the face and secured in a neat ponytail, braid or bun for all classes. Jewelry should not be worn for safety reasons. Small stud earrings are acceptable.

Ballet  Solid black leotard and pink tights are required for ALL ballet classes. Hair must be slicked back in secured bun.

Hip Hop:
Any type of dance shorts or pants with a dance or athletic top.

Hip-Hop:
Any type of sneaker is acceptable as long as it is only worn for dance. Sneakers that are also worn outside of the studio are not allowed.

Shoes and dance apparel look the same, put your child’s name inside the instep of all shoes.

Come visit us and see why Dancebox is home to some of Tampa’s most talented young dancers!